Australian Graduate Women > About > Our History

The International Federation of University Women was founded in 1919 after World War I by women graduates who believed in the importance of working together for peace, international understanding and friendship. The women believed that, through their university education, they had developed the skills and knowledge to contribute to the betterment of society. 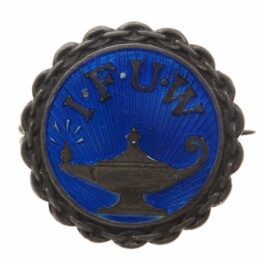 Want to get involved with Australian Graduate Women?          JOIN US NOW